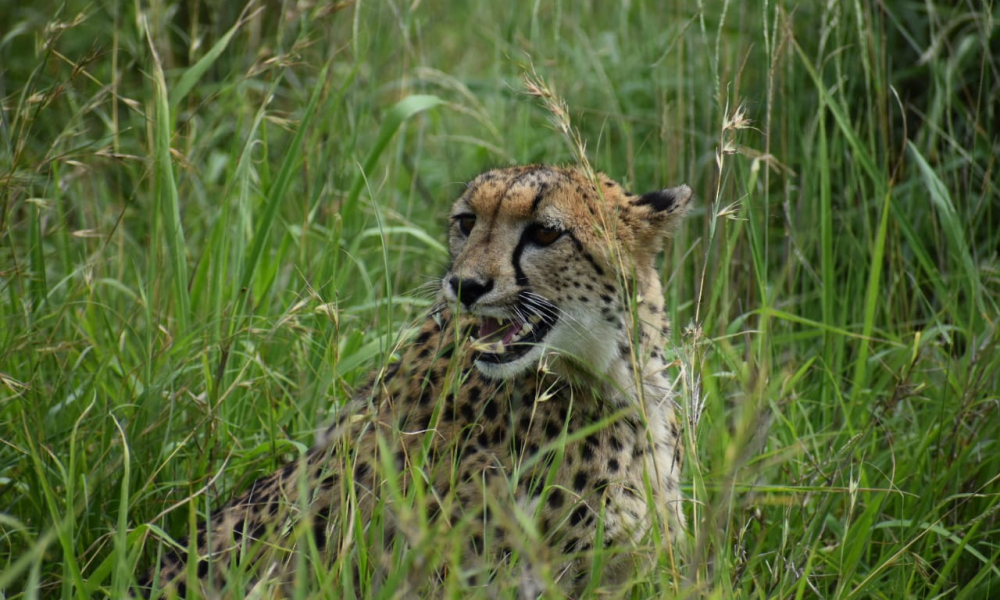 Mystery of the missing cheetah….

It is typical for cheetah males to form a coalition with their siblings, usually between brothers from the same litter and they generally remain together throughout their lives. One of our cheetah coalitions who orgininated from Mkuze Game Reserve have a strong brotherly bond and are known to never be apart. Our guides know if they see the one, they should keep looking as the other one is close by!

A recent event had us confused as one of our guides spotted one of the brothers on his own whilst on drive with guests, which has never occured before. Our monitors followed up on the report to identifiy the cheetah. Manyoni has a healthy cheetah population they could have confused him with another lone animal, however it was indeed one of the Mkzue brothers on his own. Now concerned that he may have been killed by lions or hyena, the field rangers were tasked to monitor the now lone male more closely. He had been contact calling in an area in the north of the park clearly showing signs of distress.

The next morning the lone male was no longer calling or showing signs of distress. They monotired him for some time and noticed a second cheetah pop up in the tall grass nearby. The group of cheetah had the field rangers confused, as they were trying to identify the third animal, and within minutes the mistery of his dissapearance would unfold. 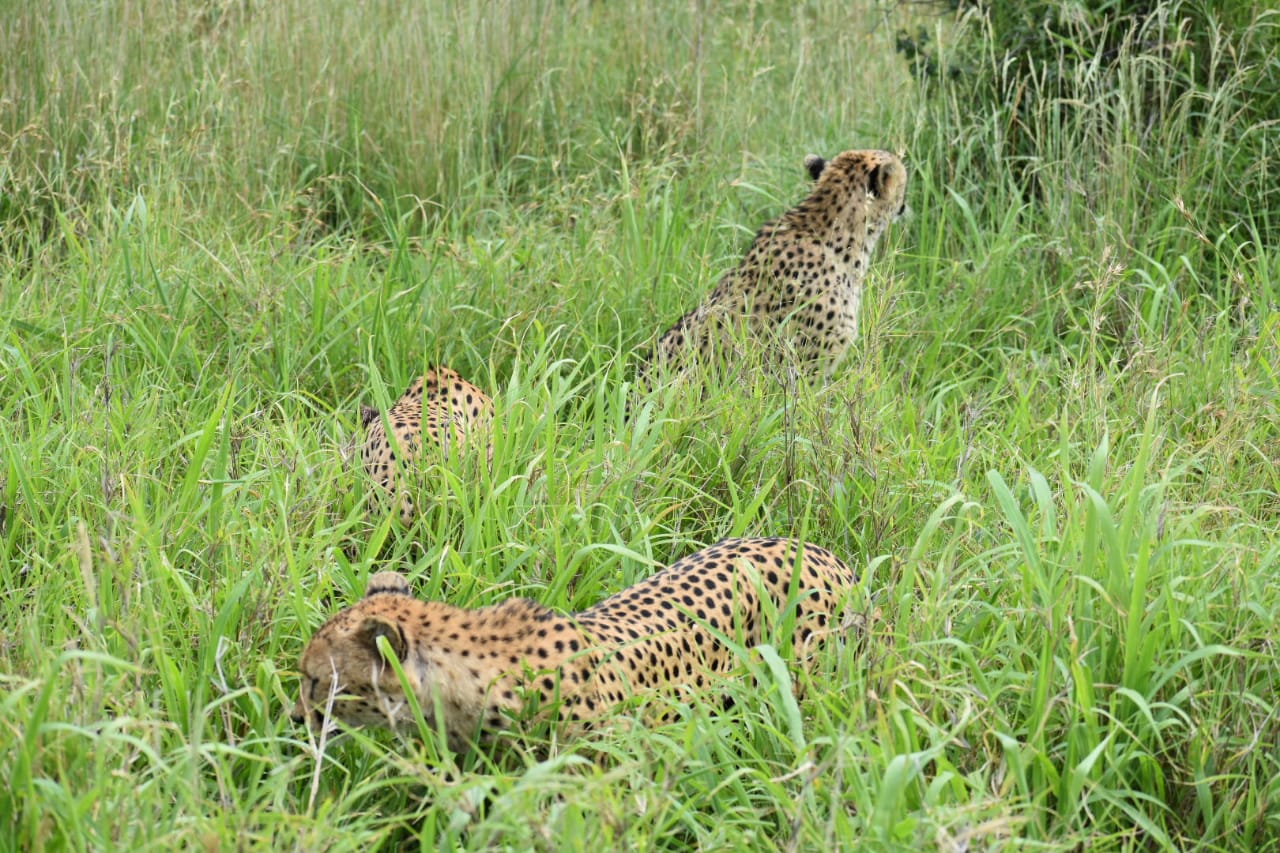 An alluring female in oestrus! Coalitions are unequal and the dominant male expoits all the mating oppertunities. Aggression is common behaviour during mating and the dominant brother looked worse for wear with numerous scratches on his face from harassing the female over the last couple of days. The coalition was reunited again much to our relief, until the next alluring female’s scent separates them for a few days. Manyoni’s cheetah population has been breeding exceptionally well and the genetic pool now certainly includes Mkuze male genes.

Battered and bruised male with the not so friendly young female