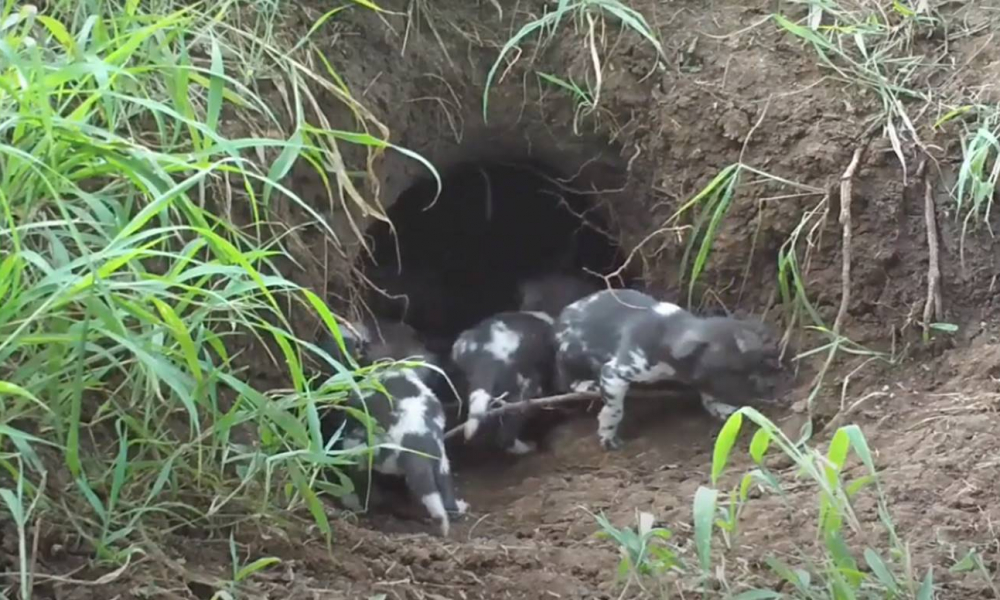 African wild dogs are more articulately known as Painted Wolves and are classified as endangered according to the IUCN redlist, this is one of the top six most endangered carnivores on the globe and the most endangered large carnivore in South Africa. Manyoni recently bonded two females born in the reserve in 2018 with four males from Hluhluwe Imfolozi Park for genetic management purposes. The bonding process was a success and the pack quickly developed a very strong social bond and an established hierarchy among themselves.

Painted wolves have strict dominance hierarchies and generally the pack is led by the eldest male and female referred to as the Alphas. Alphas breed exclusively and this is nature’s way of preventing inbreeding within the pack. The offspring eventually disperse in same sex groups and look for unrelated individuals to bond and mate with. Unfortunately most protected areas are fragmented and not large enough to sustain multiple unrelated packs and therefore these small populations are managed as one large meta-population. This approach reduces human wildlife conflict as dispersers that would naturally leave the protected area risk coming into conflict with humans while searching for new mates. Sadly Painted wolves are persecuted for preying on livestock and are viewed as vermin by those affected.

We invited our neighbours to the release of the new wild dog pack and they named the pack “Siyavikela” which means ‘we protect’ in IsiZulu. A great example of how stakeholder engagement is critical to raising awareness about human wildlife conflict and the conservation value of our wildlife.

Earlier this year the Wildlife Act monitors reported the pack’s first mating event. A few weeks later the pack was seen hunting without the alpha female which is very unusual unless she has gone underground to give birth to puppies. Painted wolves use warthog, porcupine or old hyena burrows as den sites because these burrows offer protection to the puppies as they are very vulnerable during the early stages of their lives.

In order to ascertain why the Alpha female was absent from the pack we put up a trail camera in an area they were frequenting. These cameras are a non-invasive solution to monitoring animal behavior without the influence of human disturbance. We finally managed to view the footage and were ecstatic to see six, two week old puppies! The puppies are all in good health however still very vulnerable. Unfortunately the survival rate of Painted wolf puppies is low as the pups are predated on by hyena, lion, leopard and various other predators if discovered outside the den. What gives us hope is that the surviving pups will strengthen the pack, increasing their ability to fend off predators and support future breeding events.

Its tricky footwork to bond a new pack and release them into the park successfully. This has truly been an amazing conservation success story and the offspring will certainly make a significant contribution to the wild dog meta-population.