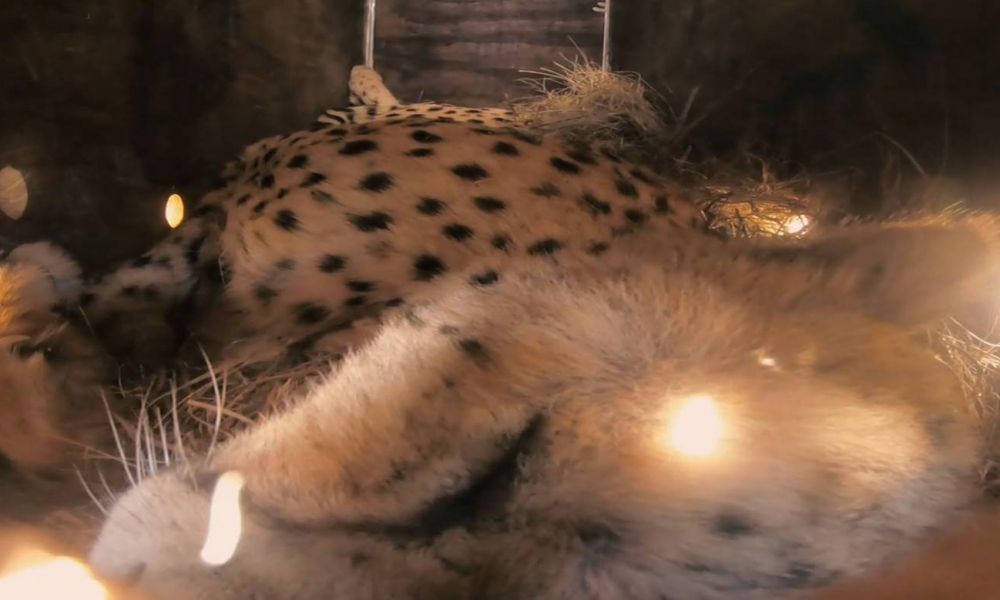 Widely known as the planets fastest land mammal the cheetah has unfortunately disappeared from over 90% of its historical range. As a species cheetah experienced a population bottleneck about 10 000 years ago and therefore have low genetic variation. Genetic management in game reserves is therefore critical to limit inbreeding. Manyoni has a healthy population of cheetah and regularly swap animals with other parks in order to exchange genetics and simulate natural immigration and emigration of individuals within the population. The Endangered Wildlife Trust assists with the management of the various cheetah populations in South Africa and these populations are managed as one large meta-population. Manyoni works closely with EWT on the movement of cheetah between parks and agreed to swap a coalition of two males with another reserve. Since the two males have been breeding with females in the park for over four years and an injection of new genetic has become critical.

The wheels were put in motion to capture the pair however they eluded the Wildlife Act monitoring team for a couple of weeks before they finally located them. An impala bait was used to lure the two males onto the carcass which acts as an anchor and allows us to dart both of them at the same time. The darts were successful and both the males quickly became immobilized next to the carcass. With both cheetah down we had to work quickly to move them into the crates before they metabolize the drugs and wake up. Ordinarily the team has about 40min to get them into the crates. Once they were loaded onto the truck, Mike Toft the wildlife veterinarian quickly administered a treatment for sarcoptic mange. Sarcoptic manage is a skin disease caused by a mite that lives in the skin and causes hair loss and skin irritation which becomes prevalent during winter when animals are stressed and have lower immunity. After treatment and all the data collection completed the two males were loaded into the wake up crates in the nick of time.

It is fortunately only a short drive to their new home where they will be released into a temporary holding enclosure for about six weeks to allow them to acclimatize to their new environment as well as ground them to ensure they don’t move out of the park. The grounding period is critical and has been tried and tested to lull their natural homing instinct. With the first phase of the swap completed we are looking forward to receiving two new males in the next couple of weeks.

Manyoni would like to thank Over and Above Africa for the donation towards our cheetah management program.