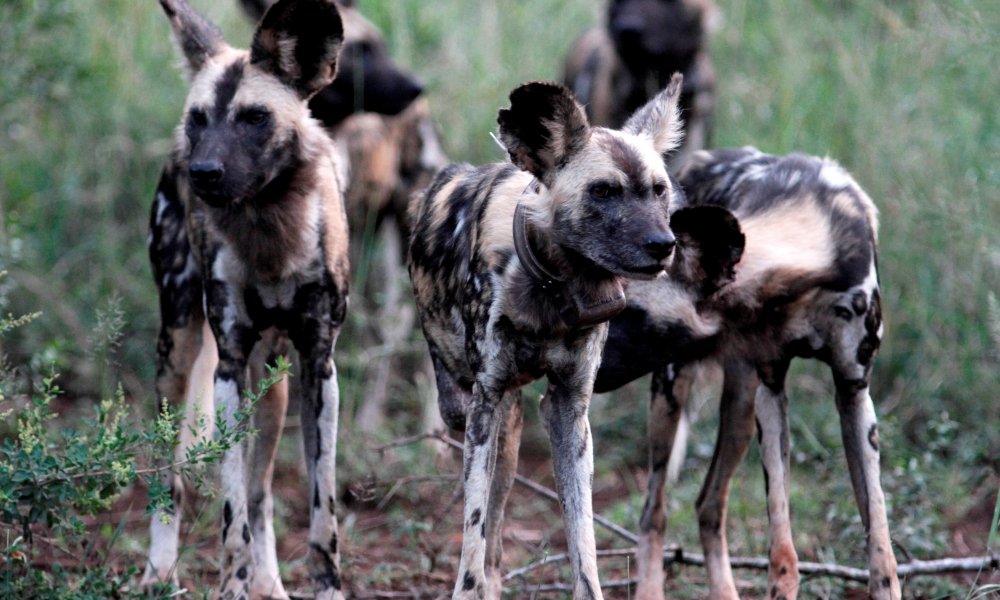 What a Dog Show!

The painted wolf (African wild dog) is the most endangered large carnivore in South Africa and one of the species Manyoni has re-introduced into the park. The painted wolf is a remarkable predator known for its endurance and being one of the most efficient hunters on earth. It is noteworthy that the pack itself is as important as the food or water these wild dogs need for survival. Painted wolves have a very tight-knit social hierarchy where an alpha pair has exclusive breeding rights and subordinates usually don’t mate, their role is to rear and protect the pups.

On the 7th of March, we received concerning news from the one of our monitors about the alpha female wild dog which had a very serious injury to her back right leg. Photos of the animal confirmed the severity of the injury and she needed urgent veterinary treatment. Wild dogs are pack animals and don’t do well in solitary environments and we therefore had to ensure whatever we did, it had to be low impact and ensure returning her to her pack as soon as possible.

Wild dogs are extremely intelligent and the pack was well aware of the female’s injury, they were protecting her and would not let us close. We conducted repeated habituation exercises where we provide a bait and opportunity for the pack to feed near a vehicle encouraging them to hopefully relax and give us a chance to get close enough to capture her.
Painted wolves become active at first light and can move vast distances which means we had to locate them early before they started moving and stay with them until they stop moving that night. It was hard work to say the least. We habituated them for a few days and attempted a dart. Unfortunately, she moved at the last moment and the dart was a miss. She did not take to a bait comfortably again, no matter how hard we tried. We were becoming increasingly exasperated and running out of ideas.

We were growing anxious as her condition was dropping severely and we weren’t making any headway. After another failed attempt, now a couple of days later we realised that her survival was now at risk as she was getting weaker. The decision was made to try and dart her from a helicopter. Wild dogs are small targets, they move fast in long grass and therefore it’s not an easy task to dart them from a moving helicopter. 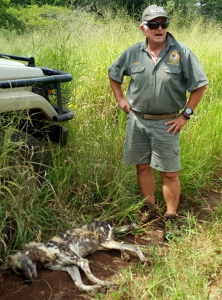 An exhausted vet, Mike Toft, from carrying this painted wolf up a mountain because the terrain was too steep for the helicopter to land. He still had a long day of  surgerywork after this photo, well done Mike! 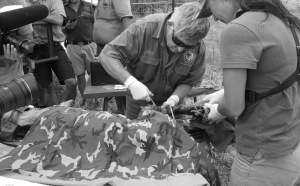 Mike performing the amputation with Karen assisting with the procedure.

After an hour of suspense and no communication on the ground to air radio, the helicopter returned and we assumed that this too had failed. Only when Mike Toft the veterinarian climbed out the helicopter with the female in his hands did we realise it had been a successful capture.

Sadly the leg was too badly broken to be treated and needed to be amputated to save her. She was placed in a holding boma with some food for 48 hours to recover and allow us to monitor her progress. She awoke quickly and began feeding immediately, this was above all the best sign she could have given us that she would survive. She was soon upon three legs and moving around more comfortably than she had for the past three weeks. 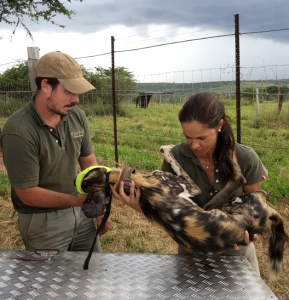 Karen Odendaal our managing director carries her post op into the holding boma.

She was released two days later after she had eaten another big meal and was starting to show signs of stress from being away from her pack. She was back with the pack the morning after her release! This is a 5km run over some of the rockiest terrain on the reserve. She has since kept up with the pack and moves around as efficiently as her pack mates. There are numerous examples of wild dogs living full lives after an amputation some have even survived two amputations.

Each and every one of these individuals is important from a genetic and meta-population perspective and we therefore had to go to extreme measures for this one wild dog. It has certainly been a dog show trying to save her however at the end of the day this three legged wild dog was the star of the show!

Produced by The Bigger Picture Films 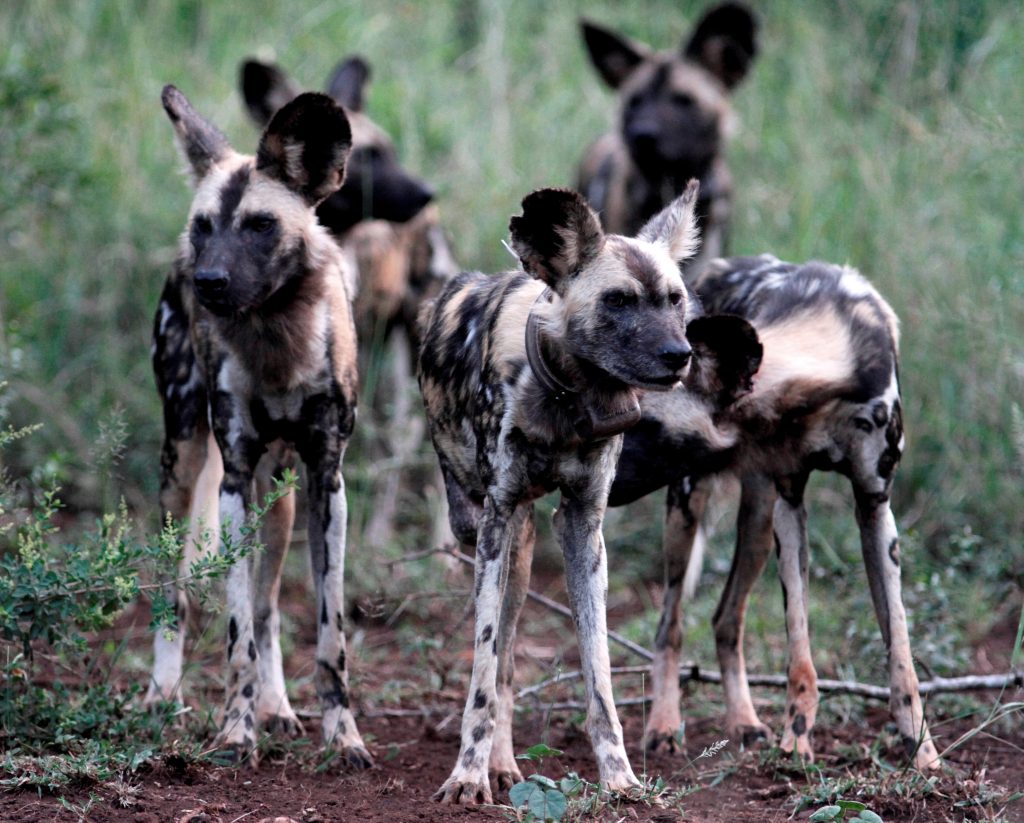 Alpha female returned back to the pack after her ordeal.