Painted Wolves released in the Manyoni

On the 1st of May 2015, marked an exciting and significant day for wild dog conservation in the KwaZulu-Natal region, as well as for the history of the Manyoni Private Game Reserve (MPGR), with the introduction of our first pack of African wild dogs. The MPGR is the 10th wild dog meta-population site in South Africa.

The wild dogs (2 males & 4 females), were first brought onto the MPGR in December 2014, where they were placed into a holding enclosure (boma) to allow them time to adapt to their new environment. The bond they formed with one another over those crucial months until release was vital for their successful introduction into the Reserve, as well as ensuring the pack does not fragment in the future.

Wild dogs are by no means new to the area and dispersing males have at times frequented the park from neighbouring reserves; some from as far afield as Hluhluwe-iMfolozi Park. Before releasing the wild dogs from the boma, we fitted two VHF tracking collars and one GPS tracking collar onto three of the six wild dogs. The pack is monitored on a daily basis with the help of Wildlife ACT (a conservation volunteering organisation) in order to track their movements and learn more about their behaviour. “The release of the wild dogs marks yet another milestone in the MPGR’s short history. In 2016 the reserve celebrated its 10 year anniversary as well as the fact that the reserve now contributes to the conservation of yet another endangered species.” - Karen Odendaal, Manyoni Private Game Reserve General Manager.

Classified as endangered, and with only 39 distinct sub-populations, the re-introduction and protection of these wild dogs is of great importance to the MPGR. Wild dogs can disperse over hundreds of kilometres and with this comes their increased contact with people and domestic animals. This often leads to human-wildlife conflict, as well as the transmission of infectious disease. The natural habitat of African wild dogs is becoming increasingly fragmented due to an increase in land development and a limited number of remaining protected areas in which these populations can thrive. It is therefore vital that protected areas such as the Manyoni Private Game Reserve strive to protect this endangered species.

Not only has the introduction of wild dog added significantly to the MPGR’s diverse conservation efforts, it has also enhanced the game viewing experience for guests visiting the park.

We would like to thank the following organisations that made this relocation possible: Illovo Sugar Limited, the Zululand Rhino Reserve Foundation, KwaZulu-Natal Wild Dog Advisory Group (KZN WAG), Wild Dog Advisory Group South Africa (WAG-SA) in collaboration with Wildlife ACT Fund, and David Marneweck of the Endangered Wildlife Trust. Ezemvelo KZN Wildlife for assistance with permits, and Tembe Elephant Park, Madikwe Game Reserve, Zimanga Private Game Reserve and Umphafa Game Reserve for making their bomas available and for caring for the dogs while in the boma. Also for all the veterinary work by Mike Toft. 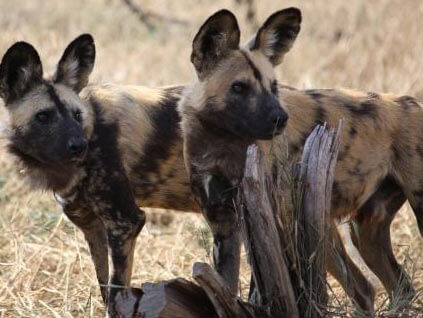 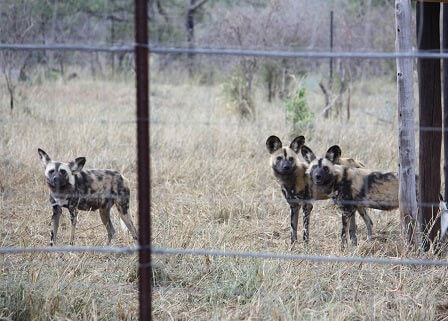