Historically, black rhinos had an extensive range over eastern, central and southern Africa, with an estimated population of 100 000 as late as 1960. Currently, black rhinos are classified as critically endangered under the IUCN Red list. Wild populations have been reduced by 97% in the 25 years leading up to 1994, down to only 2450 individuals that were protected in a small number of reserves in Africa. Black rhinos have been translocated to vacant reserves since 1947 to expand the range of the meta-population and to stabilize and increase black rhino populations on the African continent. The result has been a slow recovery, bringing the population up to and estimated 3610 black rhinoceros in 2004.

The majority of rhino occurred only within the provincial and national parks where these populations have reached their carrying capacity with growth rates well below the norm. As a result, the Black Rhino Range Expansion Project was initiated. The BRREP is a partnership between Ezemvelo KwaZulu-Natal Wildlife (EKZNW) and World Wide Fund for Nature (WWF). The aim of the project was to translocate founder populations of black rhino from the saturated provincial and national parks to private and community owned reserves with adequate security for the protection of rhino therefore expanding their range and kick-starting population growth.

Manyoni was chosen as the second release site and in 2005 a founder population of black rhino were released into their new home. The founder population originated from Hluhluwe Imfolozi Game Reserve, Mkuze Game Reserve, and Ithala Game Reserve. An effective monitoring programme and adequate security was a prerequisite and we have therefore put substantial resources into the monitoring and protection of rhino. Since 2005, the Manyoni population has grown and has made a significant contribution to the meta-population. 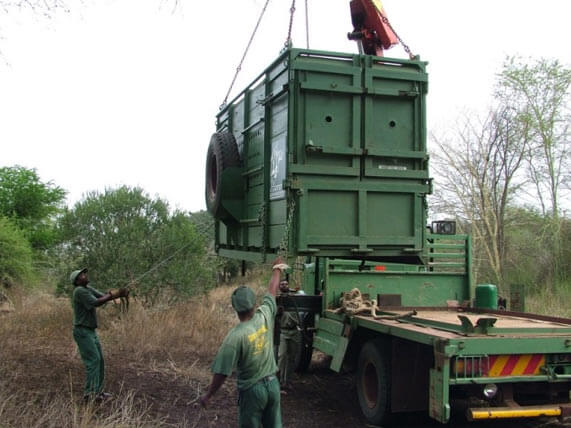