Black and white rhino have both faced extinction in the past two centuries due to poaching, habitat destruction and inadequate security resources, particularly in unfenced areas. Their numbers only increased due to considerable conservation efforts and translocation programmes.

Sadly however, these majestic giants are again facing onslaught due to a dramatic increase in poaching over the last few years. This is fueled by the Asian demand for rhino horn that is falsely believed to have medicinal properties. The first peak in rhino poaching in South Africa from the start of the 21st century was in 2008 with 83 rhinos poached. 2009 saw a 46% increase with 122 and 2010 had a shocking 173% increase with 333 rhinos poached. The poaching continued to escalate in 2011 and 2012 with 448 and 668 rhinos poached respectively and from 2013 we have continued to lose over 1000 rhinos per year.

The Manyoni Private Game Reserve has a vital population of white and black rhino that are monitored on a daily basis to ensure their well-being and safety. In addition to our security force, the reserve has dedicated rhino monitors that patrol the reserve. This is a crucial exercise which allows the reserve management team to keep records which allow them to protect, manage and monitor the rhino population. The largest problem we face in monitoring all the rhino is that they are difficult to individually identify. The most effective method of being able to mark these animals is to notch the ears and micro-chip each individual animal. These microchips allow SAPS to link the horn to the poached therefore improving prosecutions.

In 2015 Manyoni Private Game Reserve took a drastic step and decided to dehorn our entire rhino population when year after year we increased rhino security but continued to lose rhinos to poaching. After evaluating all other alternatives and weighing up the pros and cons, we came to the decision that it was the best way forward to protect our rhino population. We have invested heavily in security and will continue to do so and dehorning is only one of the many facets of protecting our wildlife. The conservation team has worked tirelessly and successfully completed this huge undertaking. The horns have been moved to a safe storage facility off the reserve. This is not the solution to the problem, as we are well aware, but we believe that we have taken the best decision to protect our rhinos under these circumstances. In order to offset some of the costs involved in our Rhino Management Programme we offer guests the opportunity to participate and assist in the dehorning procedure. For more information please watch the video below or contact office@manyoni.co.za 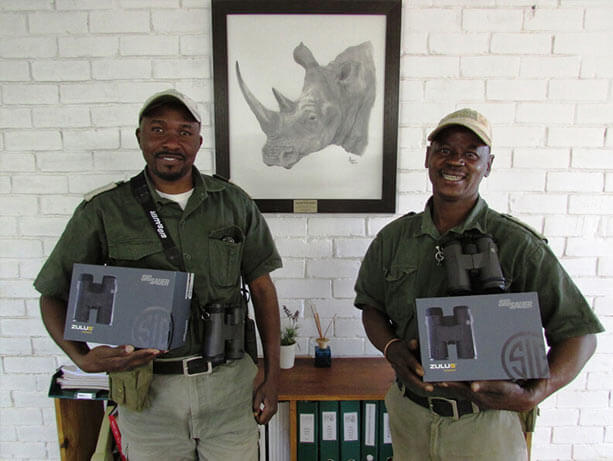